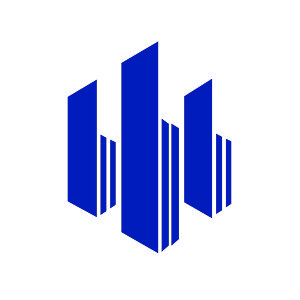 Salem’s commercial real estate market continued to slowly recover in 2012 from the Great Recession, with office building owners enduring the weakest market in 15 years, but other categories continuing to gather strength. “Commercial real estate, no matter what market sector you’re in … we’re off the bottom and heading up,” said Curt Arthur, managing director of the Salem Sperry Van Ness office.

Salem’s business community on Thursday took in the details at the 2013 Commercial Real Estate Economic Forum. The event, held at the Salem Conference Center, was presented by Sperry Van Ness Commercial Advisors LLC.  The verdict of local experts: Apartment owners are enjoying low vacancy rates. Several retail chains have found new locations in Salem. And companies have dusted off delayed expansion plans and are hunting for industrial space.

Multifamily housing has been a good place to be for owners and investors in recent years, and forecasters don’t see that changing.

Chris Fischer, a senior investment advisor with Sperry Van Ness, said the low 3.1 percent vacancy rate for apartments is an opportunity for investors. The Salem market could support 400 new apartment units without difficulty, he said. Meanwhile, buyers of investment properties have been unwilling to take moderate risks. Sales of multifamily properties in the Salem area declined significantly in 2012 compared to 2011.

Retail properties had a 13.9 percent vacancy rate in 2012, not great but marked improvement from three years ago when the vacancy rate reached 20 percent.  Jennifer Martin, a Sperry Van Ness senior advisor, said filling large, retail spaces has been the biggest problem. “We don’t have a small shop vacancy problem,” Martin said. “We have a big box vacancy problem.”

New construction will be limited in 2013, but several retail projects are moving forward, she said. Natural Grocers by Vitamin Cottage Inc. will soon begin building a 16,000-square-foot grocery store at 4250 Commercial St. SE. Later this year, an Outback Steakhouse is expected to be under construction at Keizer Station.

Panera Bread intends to open a second bakery cafe in the Salem area, although the company hasn’t yet announced the location, Martin said. Last year, Panera Bread opened a store at Keizer Station. It had some of the best opening sales in the chain’s history.

The local market for office space “couldn’t get any worse than last year,” said Arthur of Sperry Van Ness.  In 2012, the office vacancy rate in the Salem area reached 22.1 percent, the worst level it’s been in 15 years. It’s difficult to pinpoint any consistent theme for the high vacancy rate, Arthur said. This year is shaping up to be better, he said.

Sperry Van Ness knows of at least five tenants seeking from 20,000 to 75,000 square feet of office space. Expected leasing by the state, several medical users, and two call centers are driving the activity. Other positive signs: Four state office leasing needs are expected to hit the market in 2013; Silverton Health plans to open a new clinic in Keizer; and development of a new medical office building, anchored by Mission Medical Imaging, at 1155 Mission St. SE is expected to start this year.

One big real estate deal, however, was behind last year’s jump. The largest deal was for a warehouse and a commercial building at 3950 Fairview Industrial Drive SE. The property sold for nearly $6 million. In June, an investment group bought the real estate from a bank. The warehouse, leased by Kettle Foods, totals about 152,000-square-feet. The commercial building is about 37,000-square-feet. The vacancy rate for industrial properties was 12.3 percent in 2012, down slightly from 12.8 percent in 2011.

Chad Freeman, president of the Strategic Economic Development Corp., gave the presentation on the market for industrial properties. He was optimistic about more jobs coming to Salem. “Our clients are kicking tires, but they have a checkbook in their pocket,” Freeman said of SEDCOR’s recruiting activities. About 70 percent of SEDCOR’s clients are local companies considering expansion plans, he said.

Another positive sign: SEDCOR is seeing an increase in businesses looking for space in the range of 200,000-square-feet.