The former JCPenney building left vacant after the company filed bankruptcy in 2020 has been sold for $2.9 million. 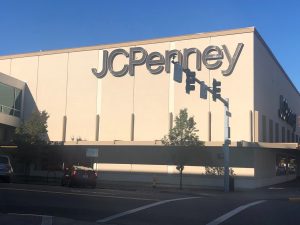 “With the recent announcement of a new apartment complex to be built on the site of the former Nordstrom property, and with a lot of momentum behind the sale of Salem Center, the buyer believes the property will be a great ‘value added’ investment and is excited to be a part of the revitalization of downtown Salem,” Arthur said.

The property has sky bridges to Salem Center, Liberty Plaza, and the Chemeketa Parkade.

The building sits in the Riverfront Downtown Urban Renewal Area and buyers could qualify for grants and incentive funds when redeveloping the site.

As of Wednesday, Salem’s Urban Development Department had not received any grant applications regarding the property.

Hit hard by the COVID-19 pandemic

JCPenney was one of the oldest businesses in Salem. It had been in this location since it was constructed in 1964 until the time of its bankruptcy.

The company filed for Chapter 11 bankruptcy in May 2020 after being hit hard by the COVID-19 pandemic.

In June 2020, the company announced it would close its downtown Salem store, part of a nationwide cutback that included shuttering 154 stores out of its more than 800 locations.